22nd June 2017, I landed in New York, one of the biggest cities in the world and a melting pot of world culture. Indian, Armenian, Colombian, Mexican, Japanese, you name it, you are bound to stumble upon different nationals in New York. And for me it started & ended in the most desi manner you can imagine.

I got the jittery-jabs when I stepped outside the aeroplane and entered the humongous hallway of the Newark International Airport. Strange faces, unexpected smiles & some blank stares, all jumped at once. While I did manage to dodge a few, some smiles were too gorgeous to let go!

Now my first task was to get to New York and meet a family member who will help me get acclimatized to this strange city. Strange city? Nah…not really. I was always a part of it! Wonder how? Here’s the thing – When you visit a new country, you become a travelizen – A distant traveller having roots in the city from years, maybe from different lives. Your behaviour becomes like its citizens. Your mind suits itself to the new environment just by observing the smallest of actions or behaviours.

So, shrugging the nervousness, I booked a cab & the driver was a Punjabi uncle in his late 60s, with a stereotypical description of his appearance and body language. Guess what? He last visited India some 30 years ago & his curiosity about India in 2017 was like a 5-year-old. He wondered if kids stayed with their parents in India or if the concept of girlfriend-boyfriend existed. We discussed politics, cricket and family whilst the New York skyline started glittering in front of me. 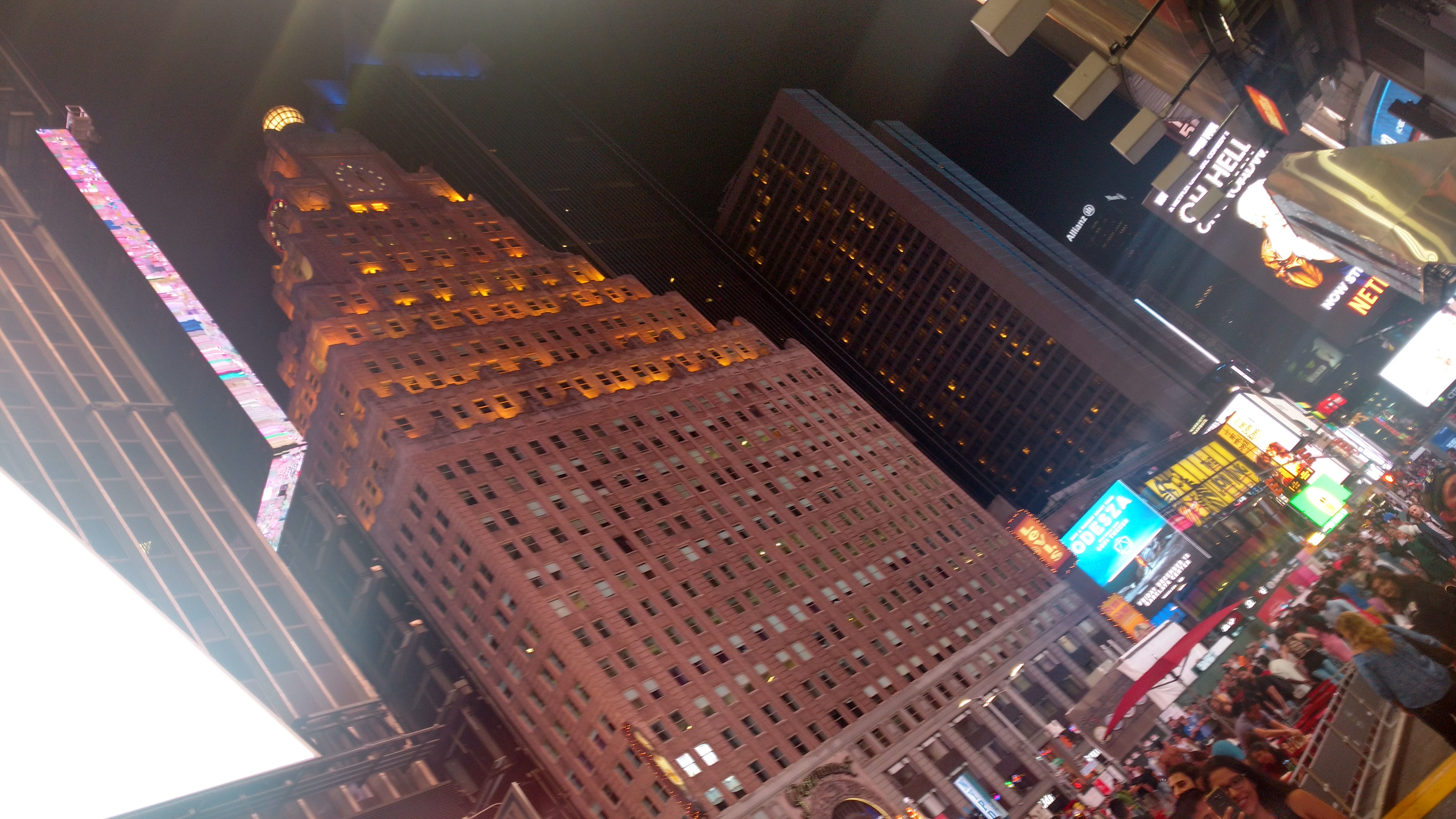 I arrived, in the city of dreams, a place where judgements disappear in the air filled with passion, talent, hard-work, hope and some luck too. 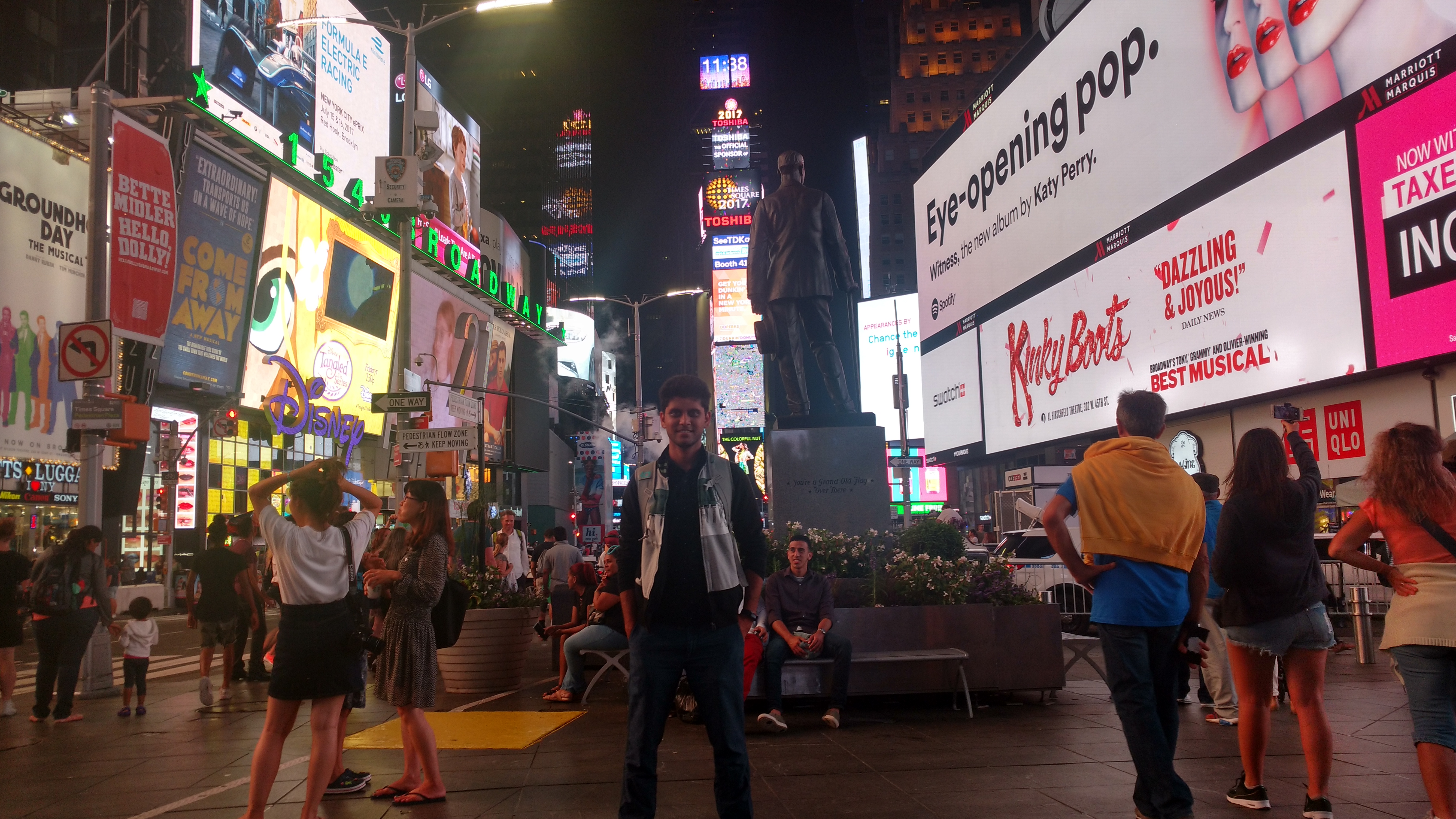 I was received by Rugved, my host for the next 4 days in New York. It was exciting to see a family member welcome you & start giving tips on how to survive in this mega city. While he was taking all the efforts to explain to me the confusing metro network & the avenue-street system, it was hard for me to stop gazing at the skyscrapers, the yellow cabs, NYPD vehicles & of course the ladies.
So after a quick bite, we went to his home in New Jersey, Terrace Avenue, my abode in New York. 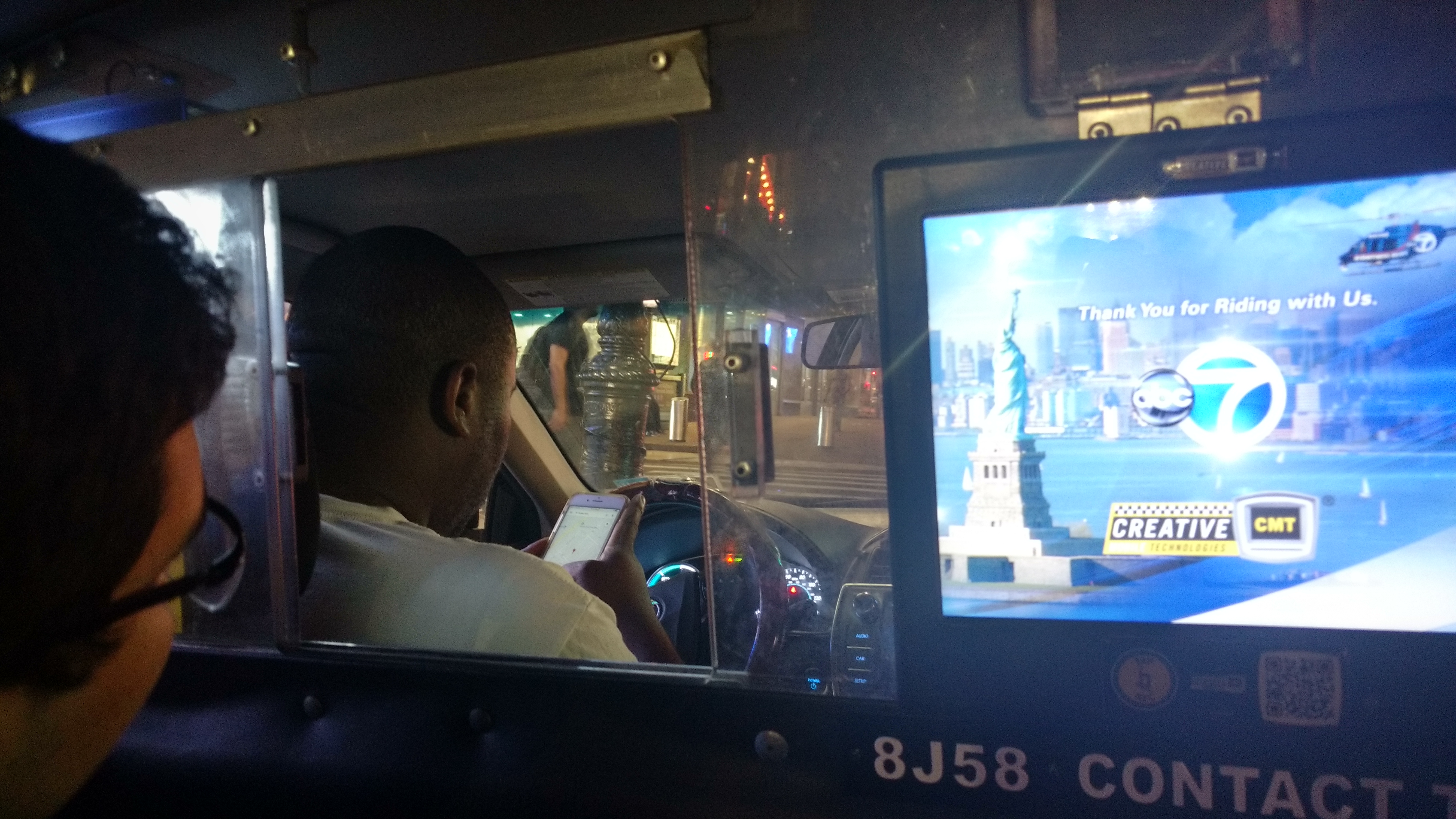 The morning after the arrival

I stood in front of the hot dog cart looking at the skyscrapers. With a freshly brewed coffee in my hand, I observed the distinct style of New Yorkers when the most unexpected thing happened. Gabriel Macht aka Harvey Spectre walked in & order for his regular hot dog. I look at him with my startled eyes & say,
“It’s a dream come true sir”

“You shouldn’t have dreams, you should have goals”, says Mr Spectre & walks away. Waking me up from my dream & gearing me for my first day in NYC. 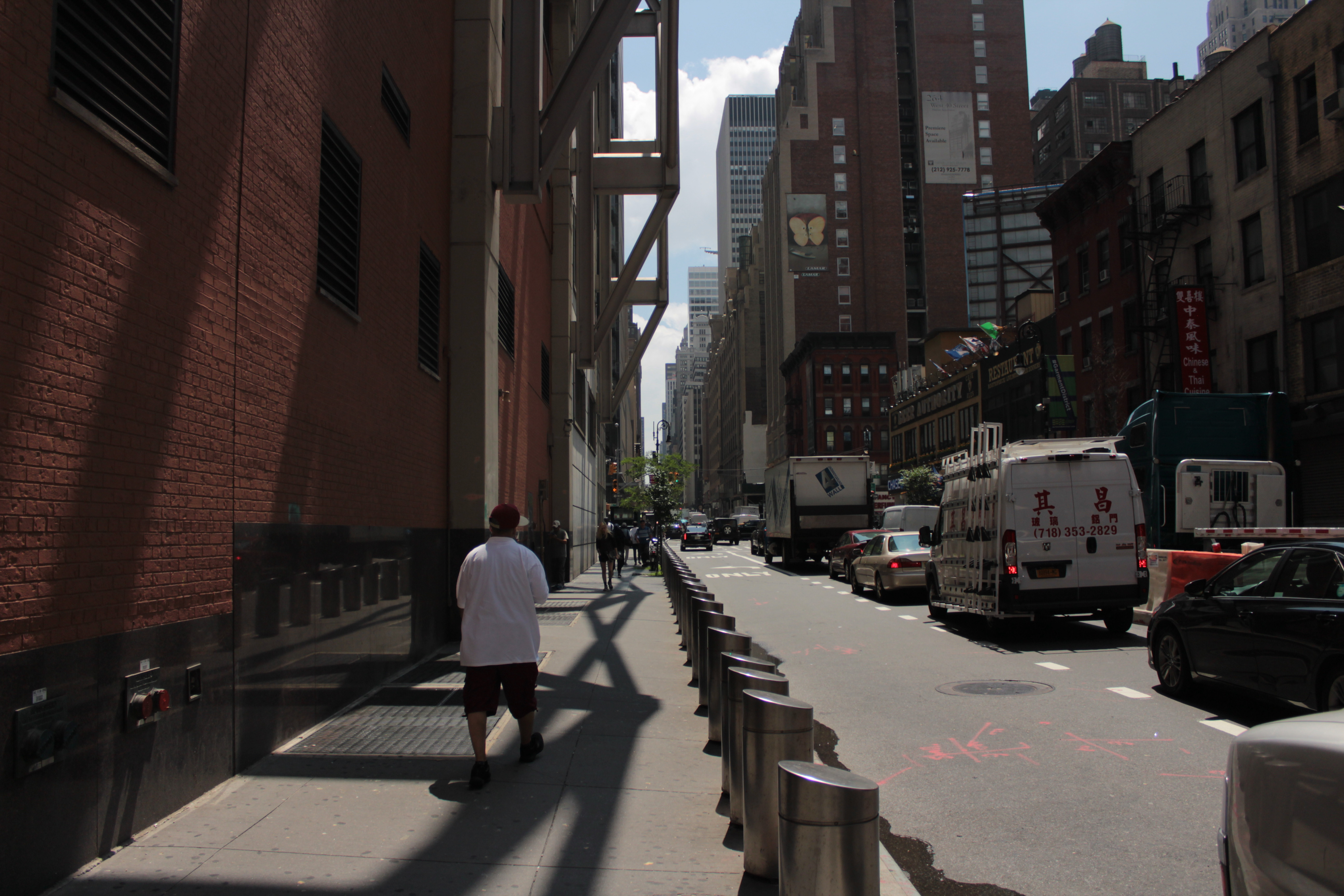 I stepped out of the Port Authority Bus Centre & saw the NYC in broad daylight for the first time. It is just like I imagined it to be – yellow cabs flooding the streets, a siren wailing at a distance, hot dog carts surrounded by hungry New Yorkers, swanky cars making their way through the bustling traffic to the downtown, beggars with bloodshot eyes staring at you, smoke coming out of the sewers, people from all walks of life going past you. And there I was in my usual attire & a camera, experiencing the tamasha narrated like one of those plays in broadways. It was surreal! 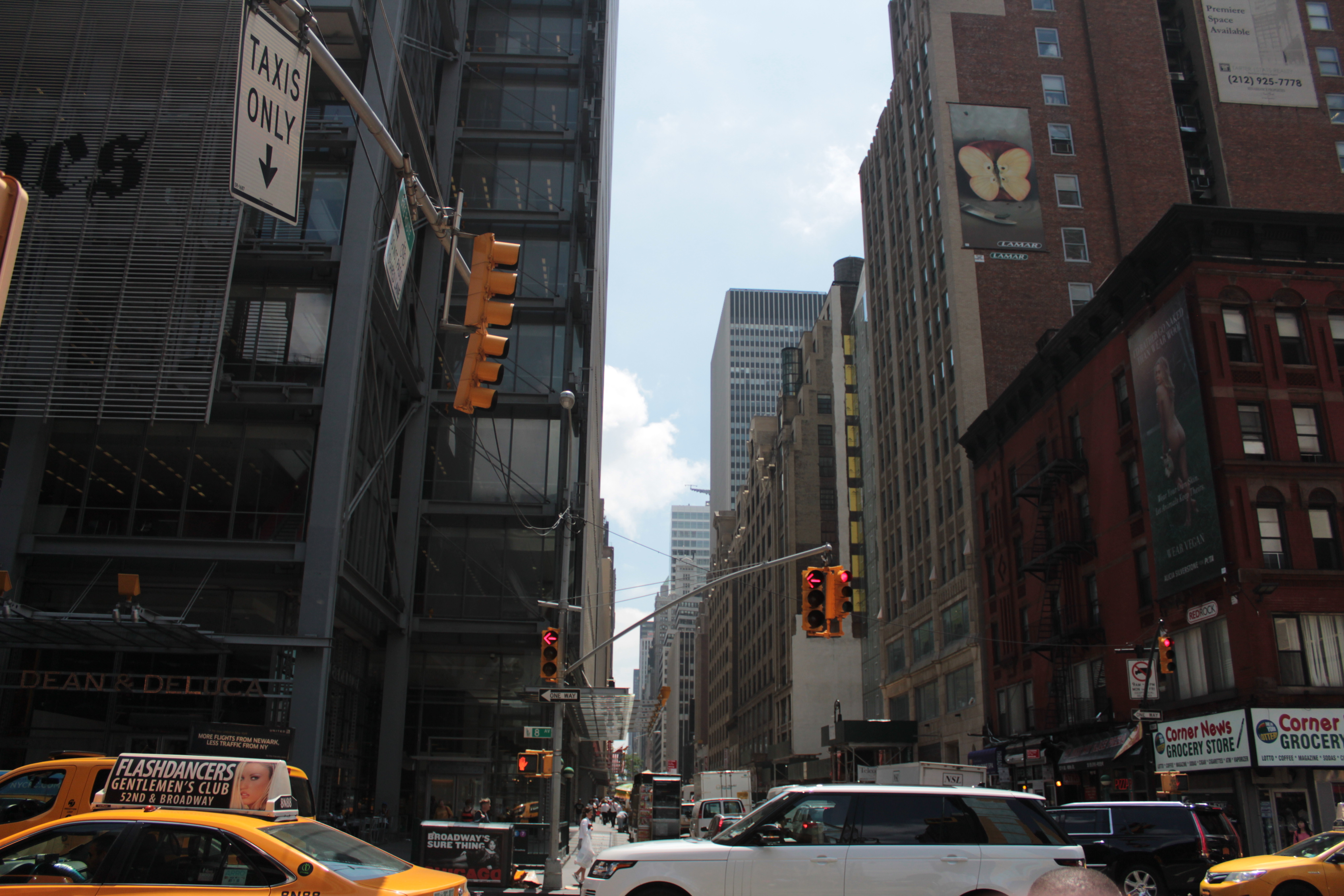 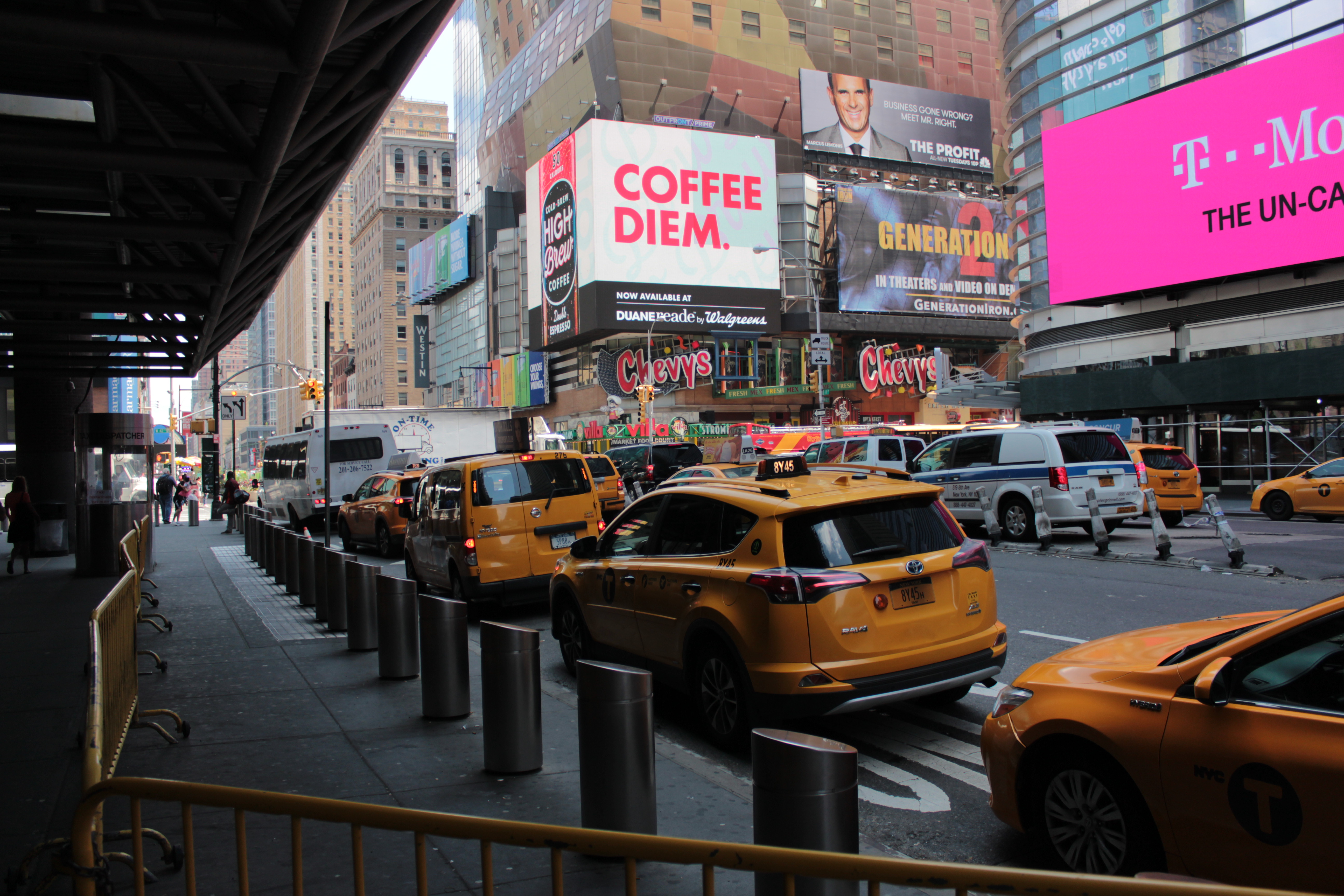 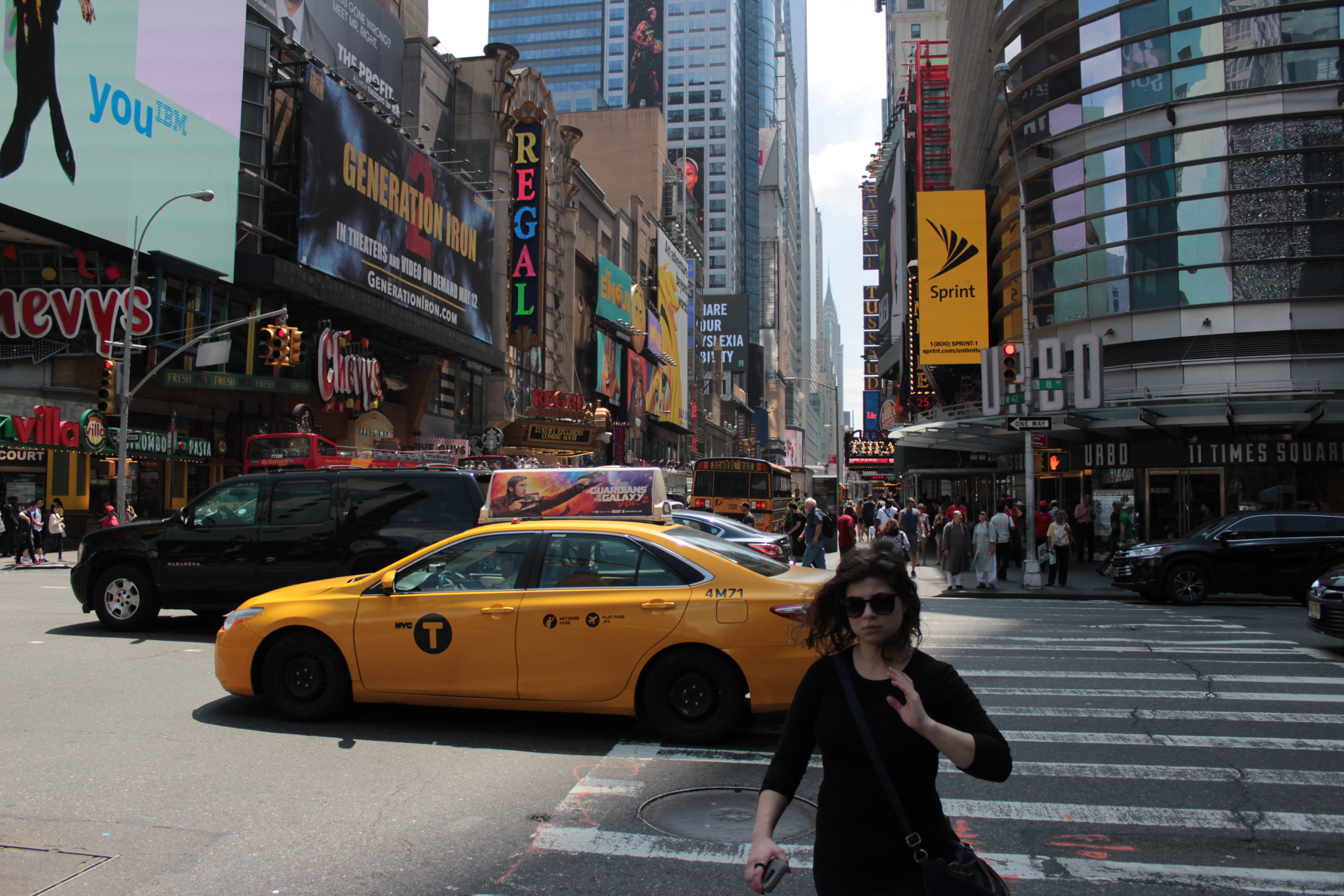 When the Atlantic Rains welcomed me

By the time I had covered the Central Park & snoozed there for a while, it was way past 12 noon. I had a quick bite at a Mexican eatery which was a flop show. I’ve heard stories of Burrito being one of the spiciest food but this one turned out to be very bland!
Central Park was a pretty cool place, after covering a half of it I dozed off under the canopy of trees. Just like me, there were students, couples, travellers, workers who were taking a rest from their shifts, chilling in this giant park bang in the middle of the city. 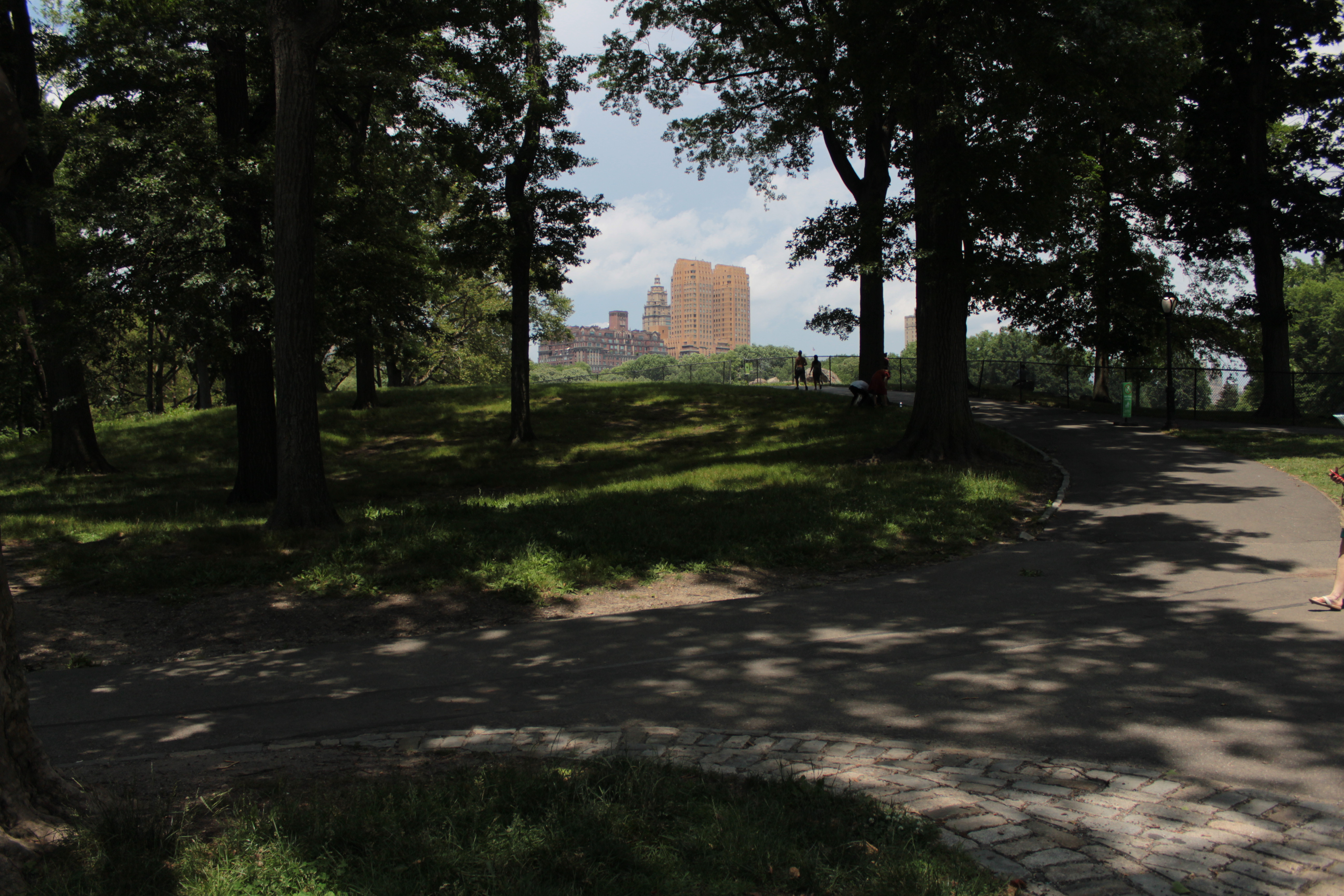 While I could cover the rest of Central Park, I was more interested in checking out the street scene in NYC. The famous Park Avenue, Broadway Street, Lexington Avenue, Madison Avenue & much more like them were on my list for the day. Covering them was a task as I had planned to walk but thanks to the subway, I could travel faster & cheaper

The New York subway – a place for the hoi polloi, freaks, backpackers & the crazy ones. They say that if you want to see the real city & the raw imagery, you ought to travel by the trains because that’s where you are going to experience the real circus of life! For beginners it may look confusing but the more you travel lesser the chance of you getting lost in the maze. Life inside the city’s belly should be experienced if you are travelling to New York. There’s a possibility that you might stumble across a Catholic who tries to convert you by giving a Hindi copy of the bible. 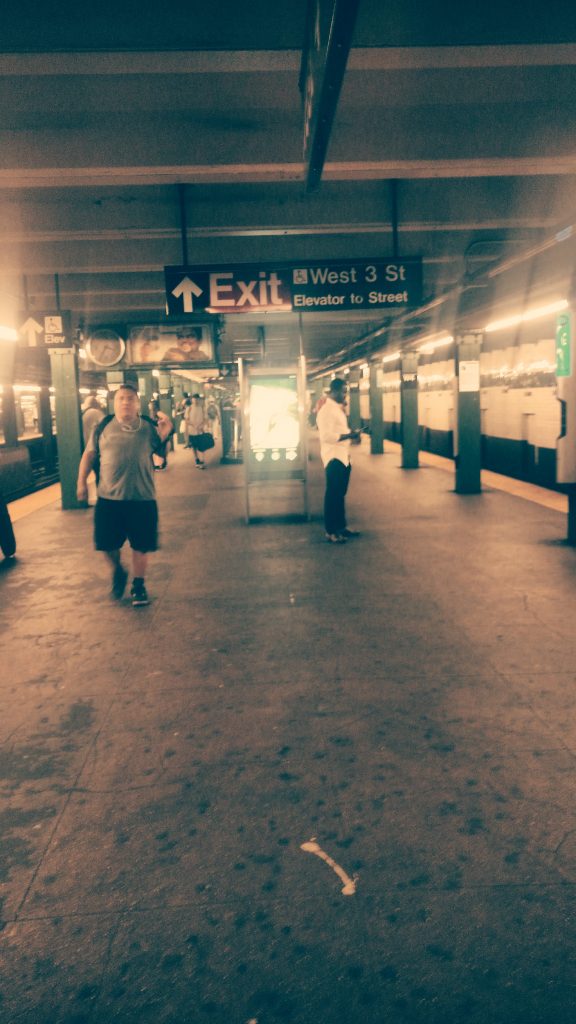 How’s your day today sir?
Good…having a short coffee break after a busy day!
It’s a must because you need a breather for a while especially if you live in a city!
Trust me boy, it’s a task to live here. People come in numbers…hundreds, thousands, lakhs. You lose their count man!
Of course, it’s NYC after all!
Well, it was nice talking to you, but I better get going before the storm?
The what??
The storm!
What storm…I only heard about the rains.
Yeah, that’s what…the rains! I better get going now…have a nice day!

The cop whizzed out as if NYC was about to flood! He waved at me from outside the windowpane of Dunkin’s Donut & vanished just like the sun which was nowhere to be seen. The dark clouds gathered above NYC and rumbled. It’s quite dramatic especially when the top of the skyscrapers disappears, and you look up & exactly at that point it thunders. 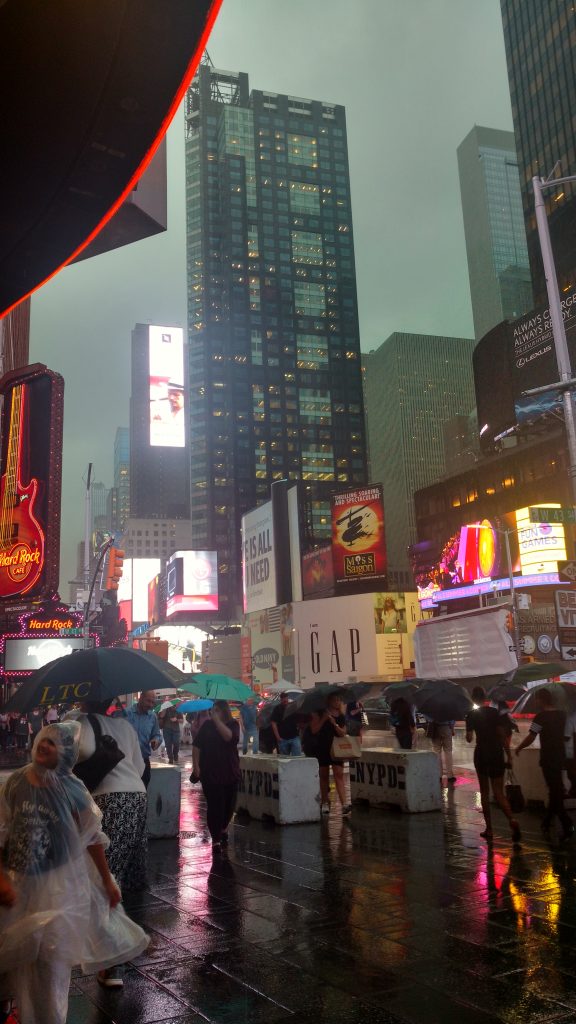 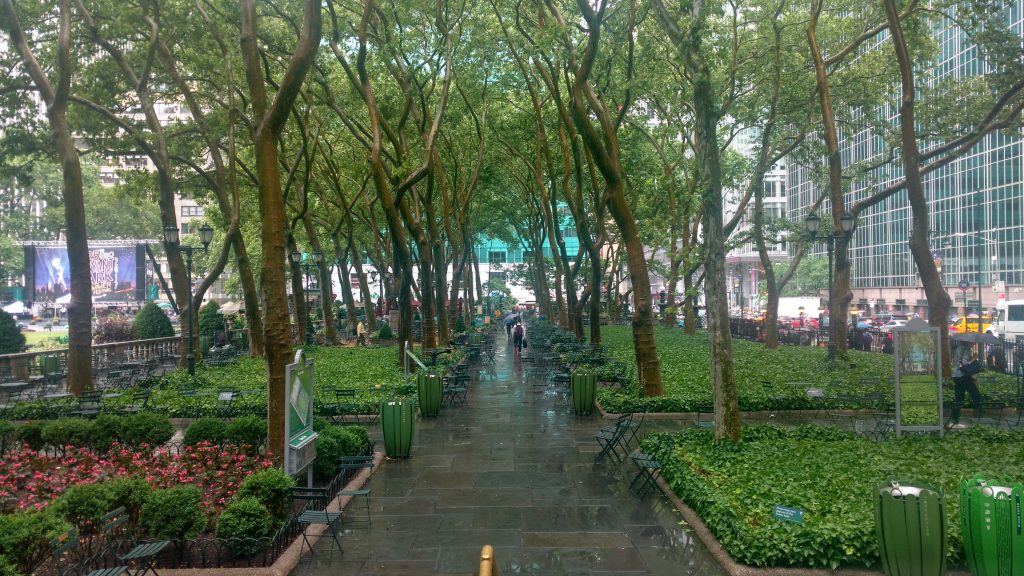 In a few minutes, it started pouring & I had no choice but to get drenched. I covered my camera with a plastic bag & embraced the Atlantic rains that surprised me & million other New Yorkers. With a briefcase to cover their heads, New Yorkers flocked in numbers to the nearest shelters. The continuous downpour, thundering & the sirens wailing at a distance, I was expecting the Godzilla to crack open the roads and emerge. 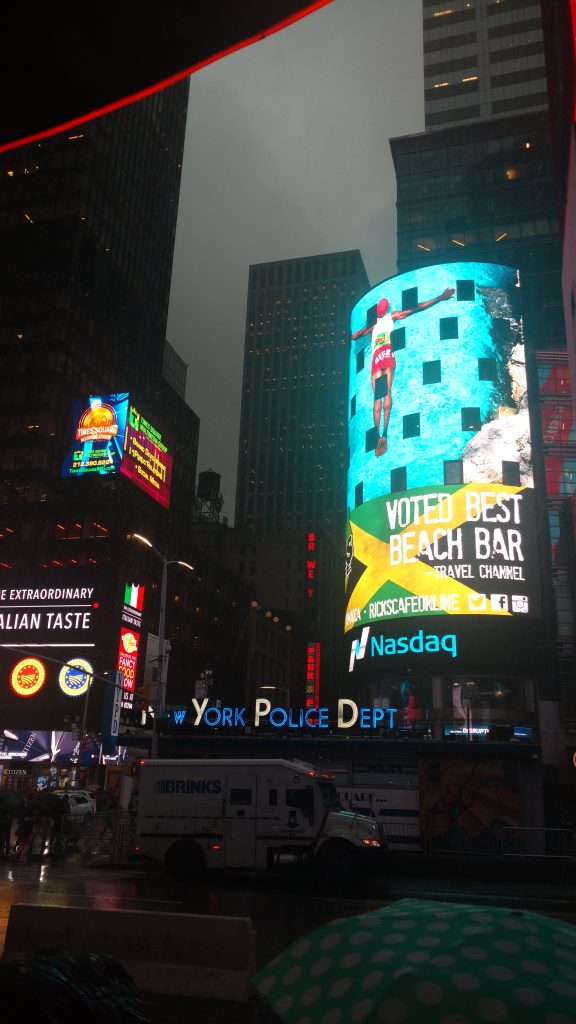 Mr Spectre & the Godzilla were only a part of my imagination but walking on the streets of New York was a dream come true.

A guy sang at a distance, in a language foreign to me,
The old couple had found shelter under the tree,
Underneath the umbrella, the girl winked at me,
The rains from the Atlantic made me glee,
Here in New York, I taught my soul to be free.

The Nankhatai of my dreams
The Wild Wild North – In Pictures