It was an overwhelming reunion of cousins, uncles and aunts & the location really brought the feeling of a one big family back to life. It was a sweet mayhem. By this time we had to get to the Shamiana put up outside for the main ceremony and where we started to see more and more people roaming around in Phetas.

The peculiarity of Phetas is that in olden days it was reserved only for the influential and powerful people; it was the gentleman’s thing back in the day. Thus wearing a Pheta instantaneously adds confidence to you and an aura of importance around you, much like when Walter White puts his hat on and turns into Heisenberg.

Soon the marriage started to feel like a gathering of the top brass. Even women wore Phetas and were a perfect embodiment of ‘Jhansi ki Rani’ with the Navvari (9 yards) sari and the Pheta. With feeling exhilarated everyone took the seats on the chairs facing the stage and suddenly I realized the reason why Phetas were only reserved for few. 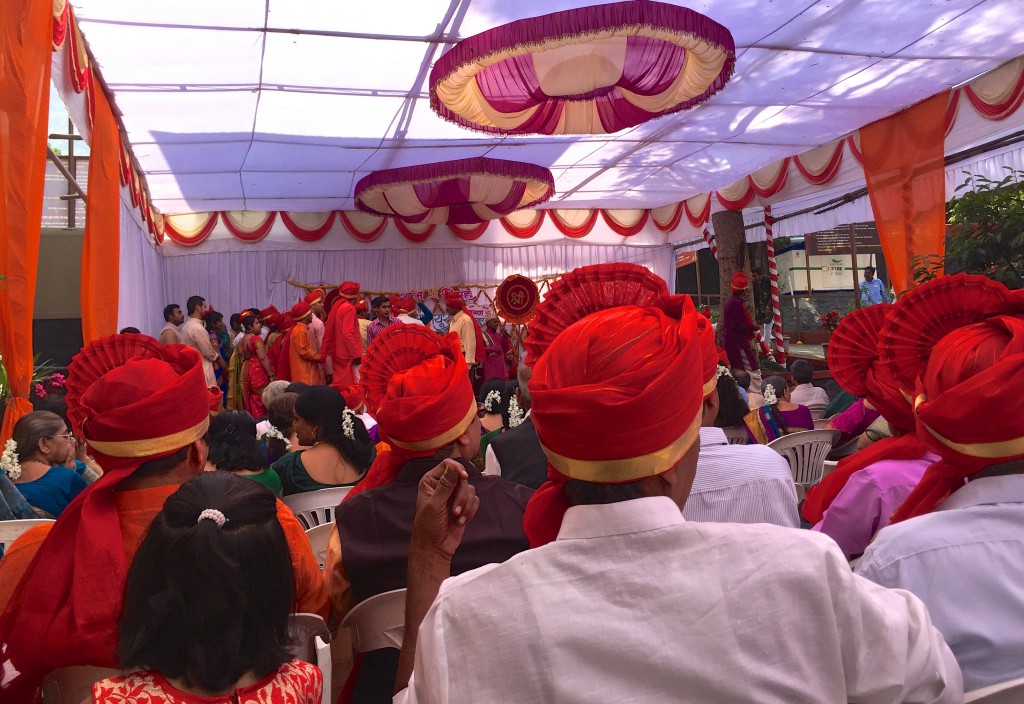 There is a ritual of showering of rice by the marriage attendees on the bride and groom, which is a symbolic gesture of prosperity. The families decided not to waste so much rice instead they showered few grains to give respect to the ritual and donated the rest to the tribal villages nearby in the mountains on whose land they today were enjoying this beautiful ceremony. The ceremony was soon over and was quickly followed by photo session with the newly wedded couple; it is sort of an attendance sheet of the marriage. No wonder we skip them while watching marriage albums. 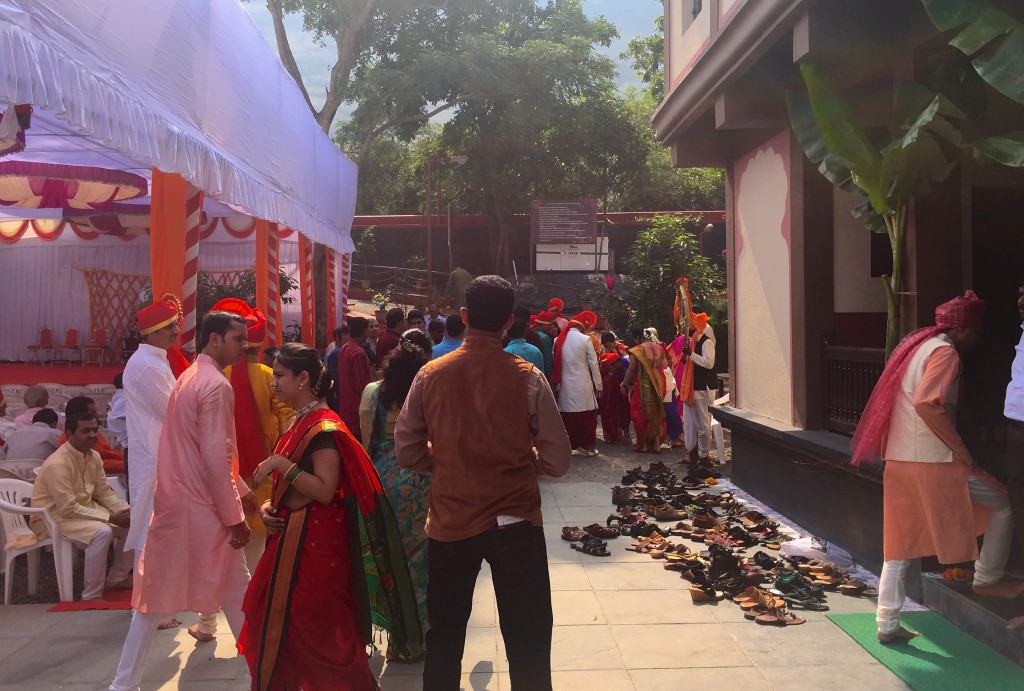 After this point the crowd disappeared in two groups: one for lunch and the other to click some pictures. Definitely I was a part of the later. A lots and lots of jokes were shared during the photo session, when the elders try in vain to pose like models and others are pulling their legs as they do.

In all this fun the host came and asked all of us about lunch and we realized it was late.

The lunch was set up in the huge backyard. The backyard had a typical garden look where we would like to spend the evening till twilight. It had few benches, and platform sitting here and there rest all was open. Trees like Gulmohar, Bahava, Kailashpati, Tamarind, and Fig protected it from the sides and the top and in the center there were few floral plants like Lantenas, Mogra and Sonchafa that added a soft touch to the garden. After a pleasing meal and another rounds of jokes on each other everybody was now scattered throughout. I guess we were fighting the drowsiness after the lunch.

As evening approached the goodbyes started. The beaming smiles now turned into smiles of satisfaction. Many changed their clothes back into something comfortable, but I dint change. I just dint want to declare that the day is over, it was really feeling like a child throwing a tantrum, I started beginning interesting conversations with people in the futile attempt to stay longer, walking slow towards the car. Inside I really felt like a kid who refuses to remove his 3D goggles after the first time he watches an animated movie and doesn’t leave the theater. 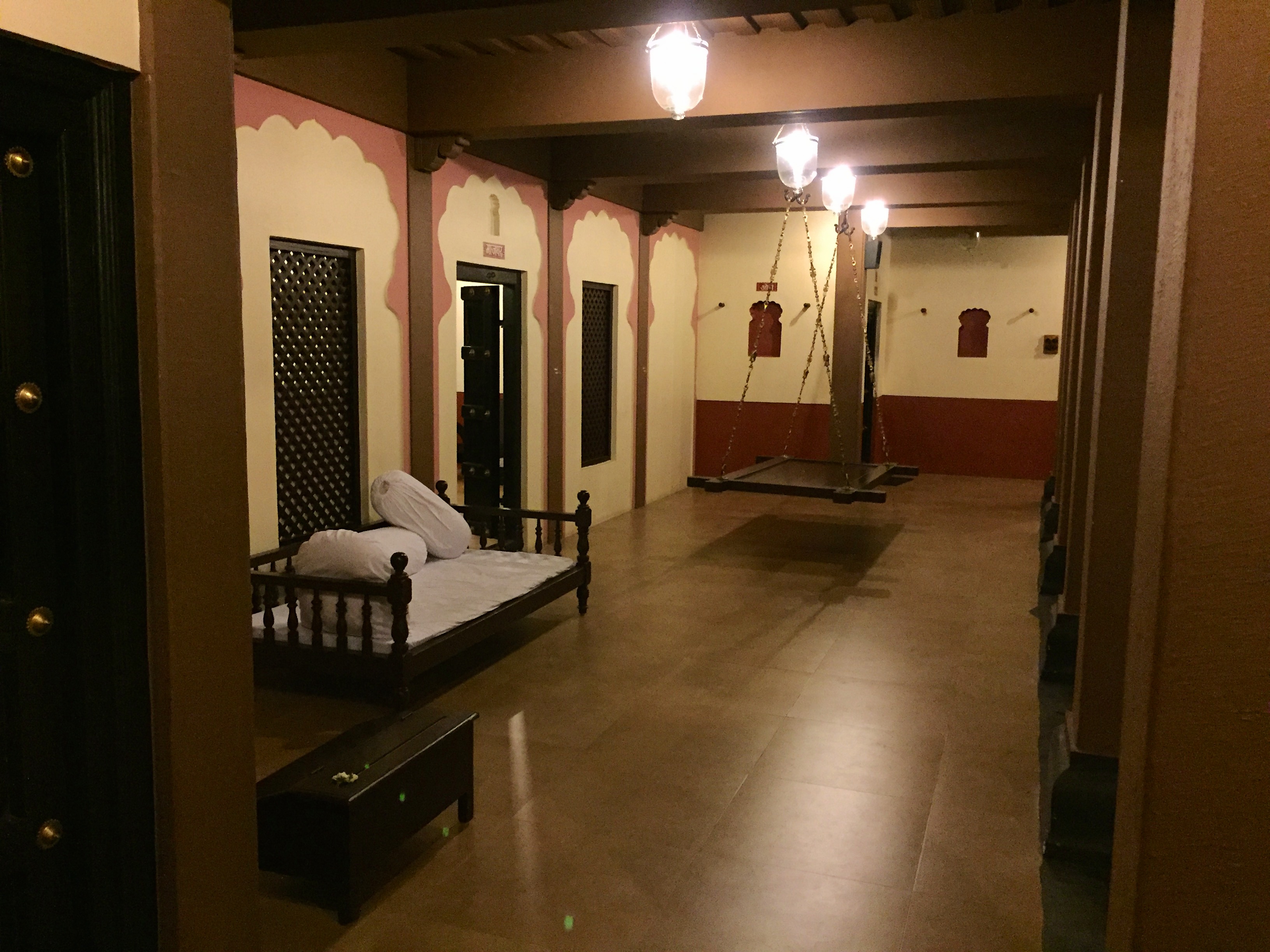 I guess this was the adult version of the same feeling. Those over stretched good-bye conversations from the car window bear a striking resemblance to the parent pulling the kid out of the theater. Well in sometime I did accept the fact that the day has ended and left with the cars that started leaving the parking lot one behind the other like a rally down the same scenic route. Now even the terrible steep ghat road dint feel bumpy enough to bother us after such a joyous and loving day. 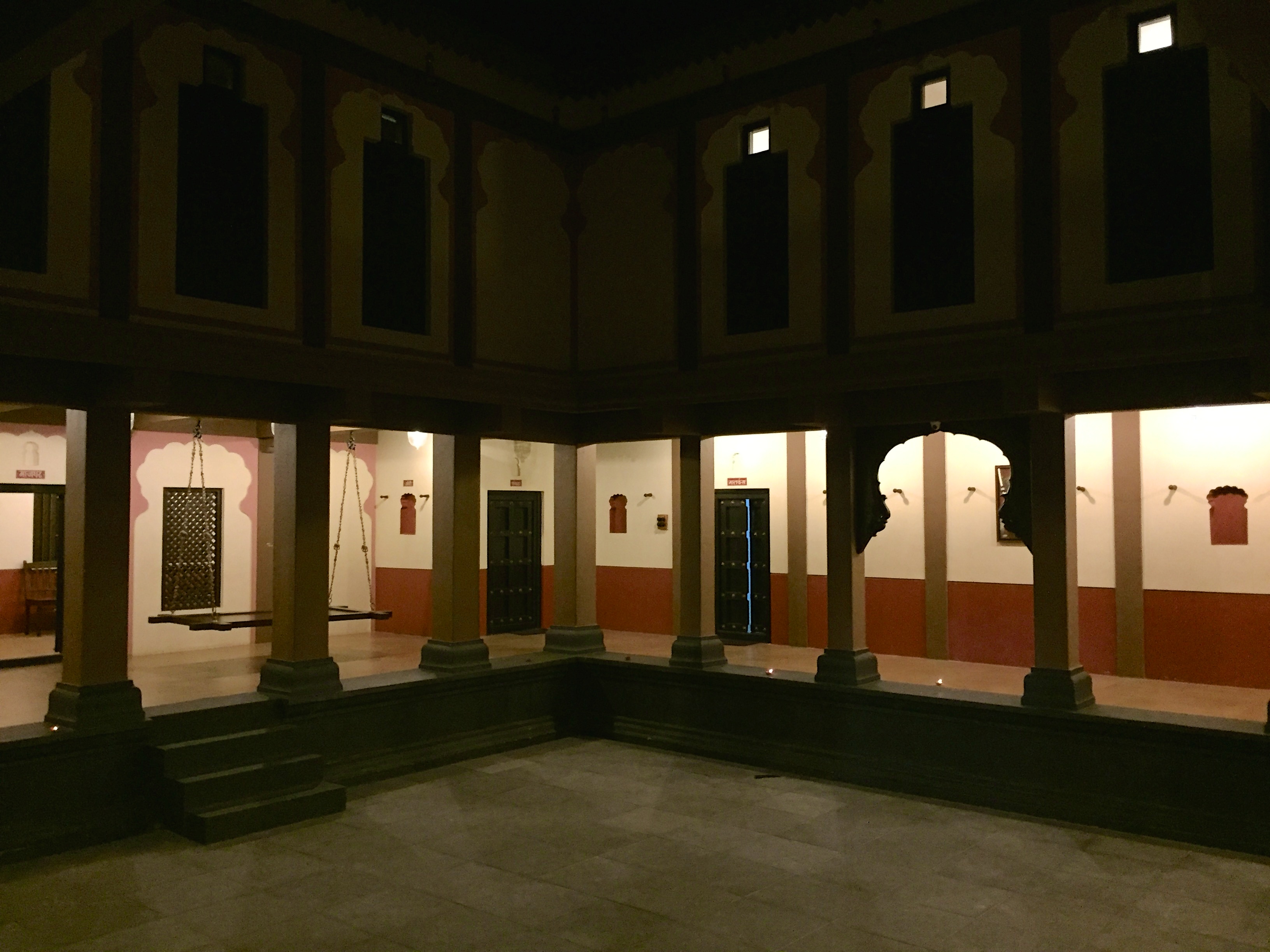 Dhepewada – A Celebration of Tradition by Tejas Wani (Part 2)